CI process is mainly processed by GitHub Actions described in .github/workflows directory of each repository. The process can be triggered automatically through events such as pull requests or push, or manually. Continuous integration includes software building, uploading image in docker, and releasing package in NPM or PyPi. Docker Image is built with all dependency packages to include.

CD process is mainly processed by Spinnaker. Spinnaker deployment is triggered by detecting image upload in docker hub. After the triggering event, Spinnaker automatically deploys the microservice to Kubernetes, with Helm chart prepared for each repository to prepare the infrastructure for the deployment.

SpaceONE repositories can be divided into 5 different categories based on their characteristics in CI/CD process.

Core microservices are differentiated with ordinary microservices, since they support the other services by serving various functions such as framework, library or system.

** Some repositories might not fit in the categories and standards. To check more details in CI/CD, check our GitHub repositories' .github/workflow files.

SpaceONE uses 3 digit versioning system in the format of ‘x.y.z’. The version scheme is displayed in the table below.

Packages and images released in CI process can be found in the links above. 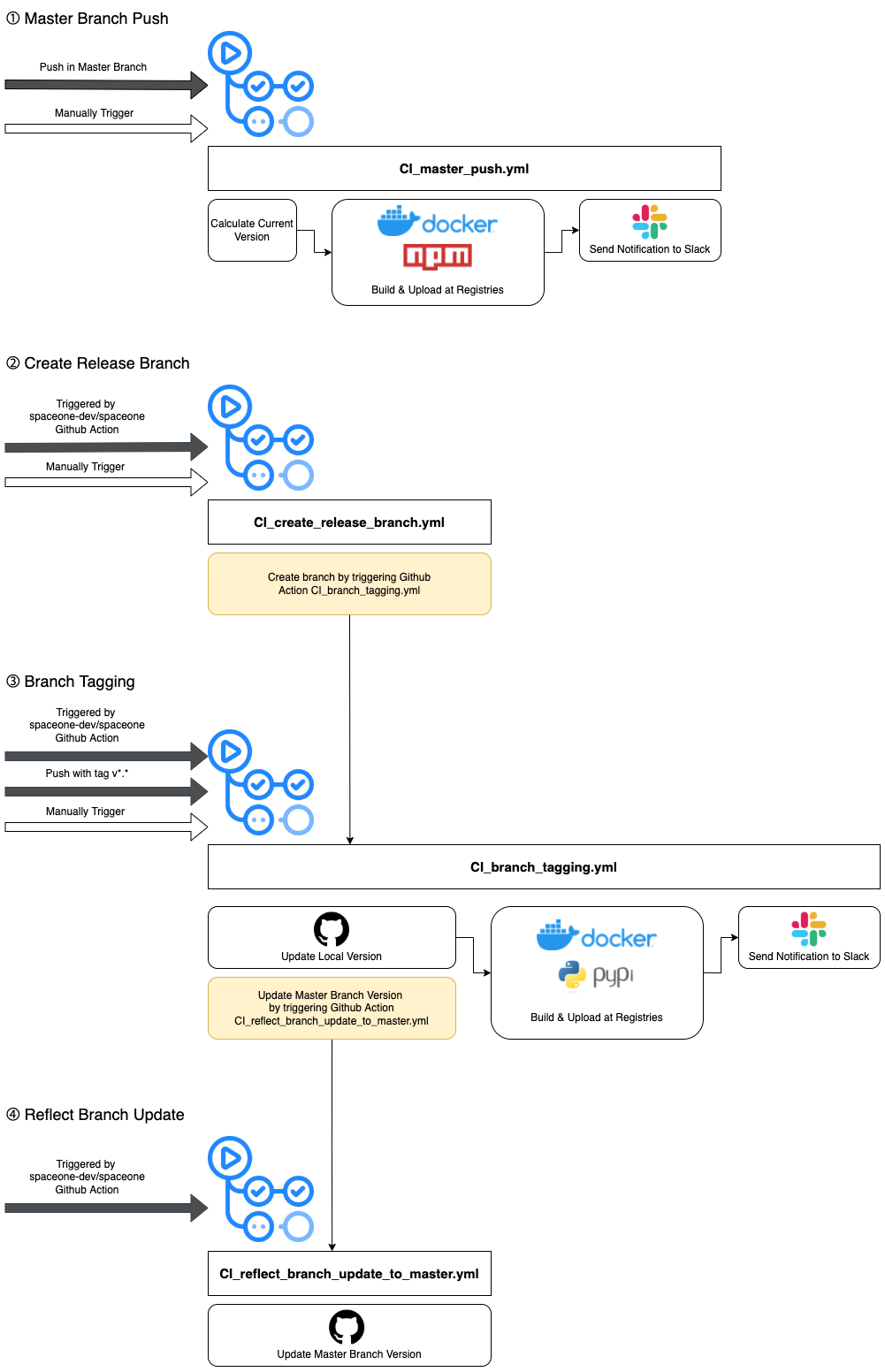 CI process of each repositories can be organized by 4 different kinds of triggering events.

While most of the process can be explained with the description above, Continuous Integration processes differ by the repository categories described above. To learn about CI of each repository type, visit the document linked below.